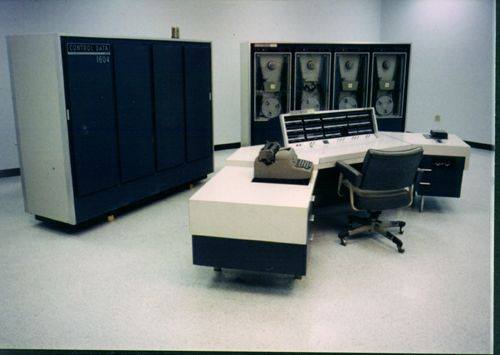 Flash Back: October 16th, 1959 – Control Data Corp (CDC) releases their CDC 1604 Computer, the worlds fastest computer at the time. Cost was around $750,000 apiece or about $5 million in today’s dollars. It had a whopping 48 bits of word size (an early kind of memory) and could do 100,000 operations per second. With such customers as the U.S. Navy it means during the craziest years of the Cold War, part of the US nuclear arsenal was guided by a computer that could barely render a single pixel on today’s smartphones. 📱😂😂😂 #fbf #innovation #cdc1604 #todayintech #bvatechnicalservices #bva#managedservices#bvatechnicalninja #NavyCyberDefenseOperationsCommand #U.S. Navy