Today, you can upgrade a desktop PC’s gaming performance just by plugging in a new graphics card. What if you could do the same exact thing with everything else in that computer — slotting in a cartridge with a new CPU, memory, storage, even a new motherboard and set of ports? What if that new “everything else in your computer” card meant you could build an upgradable desktop gaming PC far smaller than you’d ever built or bought before?

The Intel NUC 9 Extreme, aka Ghost Canyon, is smack dab at the intersection of two ideas the chipmaker has been pursuing for years. Since 2012, the company’s been building barebones desktop computers called NUCs (short for “Next Unit of Computing”) that are typically so tiny, you could fit one anywhere. And in 2015, Intel started working on an idea called the Compute Card to easily upgrade the brains of a PC by swapping in a new CPU cartridge. But the Compute Card was a commercial failure, and the NUC was only ever as powerful as its onboard graphics could manage.

Intel conducted a freak experiment that put AMD graphics inside an Intel processor, the company proved that a NUC could be powerful enough for gamers as well — and starting wondering what it’d be like to build a fully upgradable version that could fit powerful desktop graphics cards, too. And while Intel was at it, the company resurrected the idea of a modular “brain” for the rest of the computer as well.

The result is a desktop gaming PC that’s just 5 liters in volume — slightly smaller than a PlayStation 4 Proand taking up less than half the 12 liter volume of a Corsair One, one of our favorite pre-built compact gaming PC designs, and yet with enough space to fit a desktop-grade Nvidia RTX 2070 GPU. Besides, its “NUC Element” modular CPU cartridge could make it even easier to upgrade than computers with far more space to work inside.

It just takes two screws to open the lid, with its twin 80mm exhaust fans and spring-loaded copper connectors — there’s no fan cable to unplug — plus half a dozen cables to dislodge, including snaps for a pair of Wi-Fi antennas, the power cable, and cables for the front audio, USB ports, and full-size SD card reader. Then push a lever, and the computer’s entire brain lifts right out — a graphics card-shaped brain that houses practically every critical part of the system save the modified 500W FlexATX power supply.

Pop open the NUC Element module after two more screws, and you’ll find an L-shaped vapor chamber cooler for the 45W Core i5, i7, or i9-9980HK CPU (laptop grade, but one of the fastest Intel makes); an 80mm blower-style fan and heat sink to dissipate the heat; two standard DDR4 laptop memory module slots; and two slots for stick-shaped M.2 NVMe solid state drives — just load it up with whatever you like. Around back there’s an Intel Wi-Fi 6 module baked right in, plus a full array of ports including four USB 3.1 jacks, two Thunderbolt 3 ports, dual Gigabit Ethernet sockets, and an HDMI port. That’s a fairly comprehensive array of ports today, but it’s neat to think that the next time you upgrade the CPU cartridge, it’d come with the latest and greatest ports as well.

Right next to the CPU brain is a second PCIe x16 slot where your gaming graphics card goes, and you should know it won’t fit every card — you’ll be looking for a “mini” GPU like a GeForce RTX 2070 Mini that’s less than eight inches in length. And it’s a little cramped in such a tiny case, with the graphics card practically blocking the CPU fan’s intake, so I’m curious if a gaming system would be able to maintain full performance for hours on end. But I did see a butter-smooth 60+ frames per second in Shadow of the Tomb Raider at max settings on a 2560 x 1440 monitor with surprisingly little fan noise during an early test — pretty impressive for a PC barely wider than two graphics cards side by side.

The bigger question is whether you’ll actually be able to upgrade such a system for years to come. While practically every other part of the system is easily upgradable with off-the-shelf parts, the NUC Element modules themselves are proprietary and their CPUs are soldered down, meaning you’d need to rely on Intel to keep making them for the foreseeable future, and Intel isn’t promising to do that for sure. But the company says there are currently at least two years of upgrades on the road map and it’s hoping to see more — and perhaps more importantly, Intel has actual partners promising to take up the modular torch.

While Intel will be selling the NUC 9 Extreme this March as a barebones system (read: bring your own OS, memory, storage, and GPU) starting at around $1,050 with a Core i5 module, $1,250 for Core i7, or around $1,700 for the flagship Core i9, it won’t be the only company pushing the idea. Razer and Cooler Master have both confirmed they’ll be selling their own complete turnkey gaming rigs later this year based on the NUC Element module, but with standard SFX power supplies and room for larger graphics cards than Intel’s own box, as well as their very own distinct NUC Element enclosures. You’ll be able to buy Intel’s board separately and stick it into one.

Plus, Intel says other vendors are signing up to sell its own Ghost Canyon box as a complete system as well — and there’s even a second version of the NUC, dubbed Quartz Canyon, that’ll offer Intel Xeon processor modules to businesses that need them. 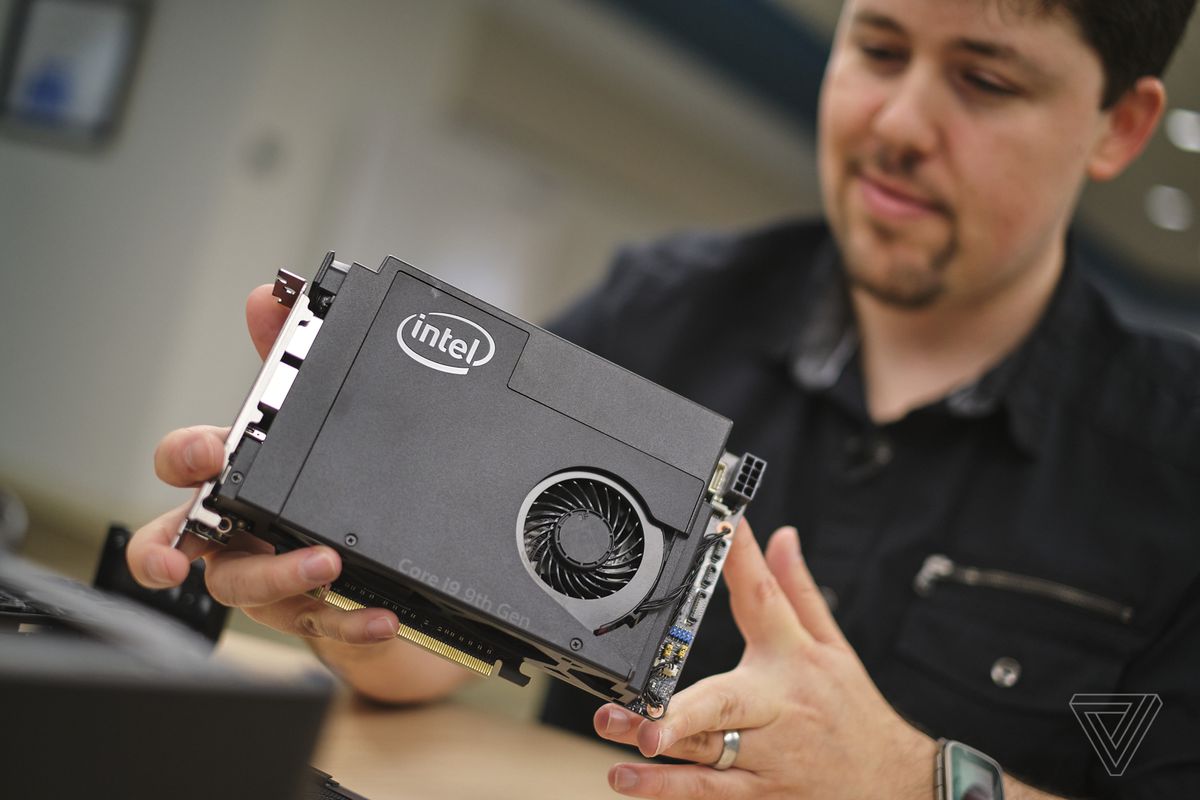