AT&T Inc. was dismayed at its report card from a government test measuring internet speeds. So the telecom giant sought to change its grade.

The company pushed the Federal Communications Commission to omit unflattering data on its DSL internet service from the report, which assesses whether providers are delivering speeds they advertise. AT&T also didn’t provide information the FCC needed to validate speeds on those customers, the test officials confirmed.

In the end, the DSL data was left out of the report released late last year, to the chagrin of some agency officials. AT&T’s remaining speed tiers notched high marks.

The FCC’s nearly decade-old program, Measuring Broadband America, is the U.S. government’s gauge of whether home internet-service providers are holding up their end of the bargain when they promise users certain speeds.

Companies wield tremendous influence over the study and often employ tactics to boost their scores, according to interviews with more than two dozen industry executives, engineers and government officials. As a result, the FCC’s report likely gives consumers an unreliable measure of internet providers’ performances by overstating speeds.

“It’s hard to trust the numbers when you know” of efforts to massage the results, said veteran cable and telecom consultant Mark Lubow.

The stakes are high. Cable and phone companies often tout the scores while trying to sell packages promising ever-faster speeds at higher prices, and they are increasingly leaning on their broadband businesses to drive growth. 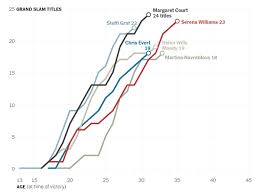